IIASA co-hosts a high-level forum bringing together science advisors to ministers of foreign affairs from across the world and other experts in the practice, theory, and discussion of science diplomacy.

The International Institute for Applied Systems Analysis, the Austrian Federal Ministry for Europe, Integration and Foreign Affairs, the Vienna School of International Studies (Diplomatische Akademie Wien), and the Natural History Museum Vienna jointly hosted meetings of the Foreign Ministries Science and Technology Advisors Network (FMSTAN) and the Science Policy in Diplomacy and External Relations (SPIDER) network in Vienna and Laxenburg on 25-26 November 2019.

Increasing the input of evidence-based science and technology into policy development and implementation is essential to overcoming many of the challenges the global community currently faces. In an increasingly trans-boundary world with constantly emerging complexities evidence-based information is vital for informed decision-making about foreign affairs.

The FMSTAN/SPIDER meeting was attended by over 60 science advisors to ministers of foreign affairs. Leading experts helped drive, shape and develop the global discussion around the roles, advantages, and opportunities of using tools of science diplomacy in foreign affairs and in helping government officials dealing with external relations to fulfill their tasks.

The event offered a range of thematic sessions as well as two high-level panel discussions on "The role of science in international security policies" and "Challenges for science diplomacy in the current geopolitical environment". 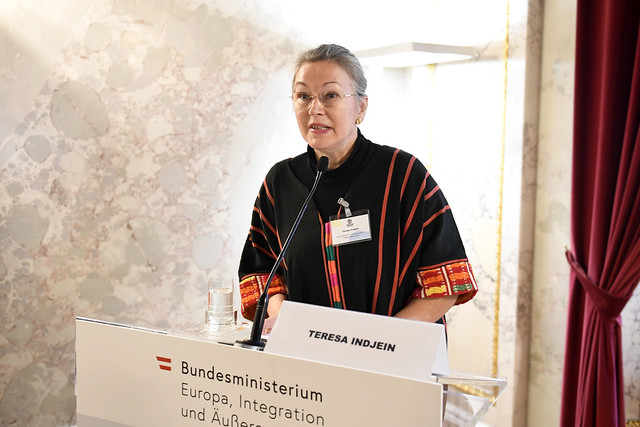 Speakers of sessions include:

IIASA Director General and CEO Albert van Jaarsveld and Director General for International Cultural Relations at the Austrian Federal Ministry for Europe, Integration and Foreign Affairs Teresa Indjein addressed the audience with keynote speeches on "IIASA as a trust-builder between nations" and "Science Diplomacy reloaded. The aesthetics and dynamics of a new element in Austrian Foreign Policy", respectively.