Small off-grid electricity systems are growing rapidly in South Asia. A new study provides the first assessment of how these systems are impacting communities in the region.

Previous research has shown multiple benefits of electricity access for education, livelihoods, and health, in particular from the reduction in kerosene for lighting that lead to indoor air pollution. However, small-scale systems—which are often set up in an ad-hoc way in remote areas outside licensed power grids—have not previously been systematically studied. Off-grid systems can include a wide variety of energy sources, from a simple diesel generator powering a microgrid set up by a wealthy farmer to solar-powered home systems sold by entrepreneurs.

“These little systems have been proliferating widely across South Asia in the last ten years, sometimes in competition with each other” says IIASA researcher Narasimha Rao, who led the research design of the study. “We wanted to know what level of service and what benefits are people getting from these systems, and how these compare with larger scale electricity grids.”

The study is based on a household survey and qualitative interviews with small business owners in three districts, two in the state of Bihar, India, and one in Nepal. It finds that while small-scale systems bring some clear benefits to consumers, service conditions vary widely. With some exceptions, most systems provide unreliable and limited hours of service, which support lighting, phone charging, and a few other appliances. Grid customers, in contrast, seem to have more appliances, controlling for income. 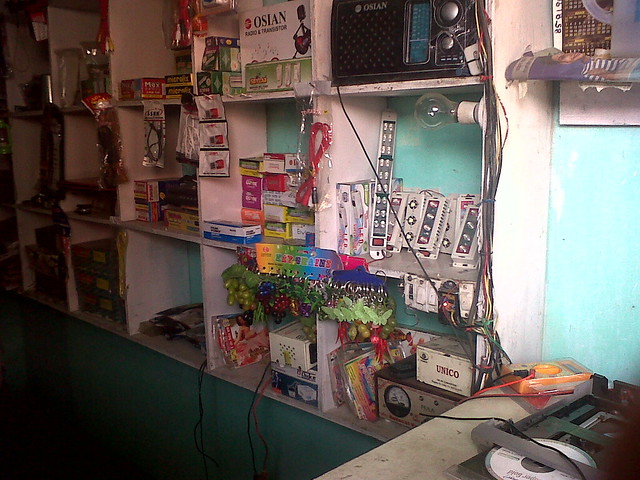 Another finding of importance for health was that solar-powered systems led to the greatest reduction in kerosene use, which translates to health benefits for consumers. “We think this is likely because the solar systems are more reliable compared to the grid and other small-scale systems,” explains Rao.

The researchers also found that electricity access benefits women in particular. Women with access to electricity spent an average of an hour a day, 30 minutes more than women without access, on income generating activities.

The study also found that costs of systems varied widely. Most relied on a flat rate, which can mean that poorer customers who might just be powering a mobile phone could have to pay the same as a wealthier household that might power a number of appliances.

The study highlights the multidimensional nature of energy access questions, an important input as the global development community works towards the new UN Sustainable Development Goals, which include energy access for all by 2030.

“It is not just whether or not you have electricity but whether it is reliable, affordable, and sufficient to power different services,” says Davida Wood of WRI.

Of particular importance is the extent to which electricity leads to greater economic opportunity so as to qualitatively improve people’s lives. “Anecdotal evidence from small businesses indicates that quality of supply is still too poor to allow businesses to tap the full potential of electrification,” says Anjana Agarwal of WRI.

The researchers point out that the study is a first effort, and more research is needed. Yet, if the conditions found are representative, such systems may need regulation and standards of service if they are to stimulate long-term rural development.

Insurance for an uncertain climate