The aim of the trip was to discuss the new Israeli-IIASA membership and to enhance collaborations between Israeli Government officials, members of Israeli academia and IIASA.

Additionally, he attended a meeting with the Israeli Committee for IIASA, as well as attending individual meetings with Moti Herskovitz, IIASA Council Member for Israel, Hagit Schwimmer, NMO Secretary for Israel and had a tour of the Weizmann Institute of Science. Kabat was accompanied on the visit by Iain Stewart, Head of IIASA External Relations, Communications and Library and IIASA Secretary for National Member Organizations.

Israel joined IIASA in December 2017 via the Israel Committee for IIASA—made up of representatives from Israeli universities, government ministries, and the public—to represent the Israeli membership of IIASA.  Together, IIASA, the Israel Committee for IIASA, Israeli researchers, and public planning authorities will develop international research collaborations to find solutions to the complex global challenges that impact Israel, the broader region, and the world. These include projects to support a long-term sustainable energy strategy for Israel, a package of measures to reduce air pollution in the wider region, and scientific support for national socioeconomic strategic planning.

IIASA membership will help develop the research base for systems analysis in Israel, through young scientists from Israel taking part in the IIASA Young Scientist Summer Program and the IIASA Postdoctoral Fellowship Program.  Systems analysis is one of the few research tools with the breadth and depth to explore complex problems across multiple sectors, countries, and timeframes—typical of many of the challenges facing countries in the Middle East. 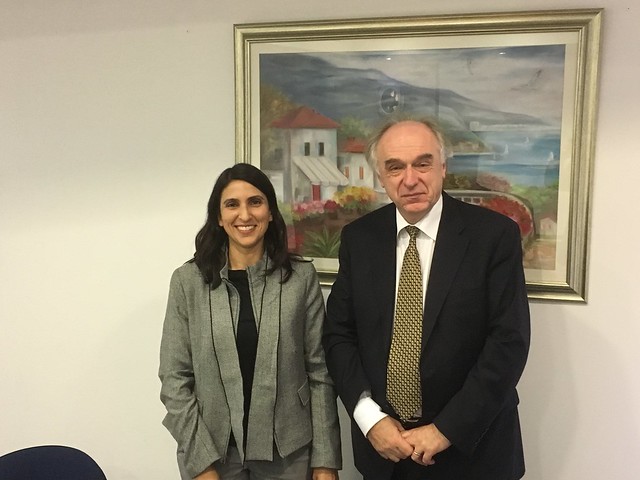 Highlights of Interactions between IIASA and Israel (Since 2010)

Research collaborations between Israel and IIASA will instensify with it becoming a member of the institute, this will build on the already expanding and mutually beneficial relationship, including the following interactions (since 2010):

IIASA and Israel, Towards a Mutually Beneficial Partnership