The European Commission's Joint Research Centre (JRC) and IIASA have collaborated to hold a three-day Summer School, bringing together researchers and policymakers to learn how to optimize the use of scientific evidence in policy making, which took place from 2-4 September 2015. Given the success of this Summer School, both organizations agreed to continue them on an annual basis.

IIASA has had a productive and mutually-beneficial relationship with the JRC—the European Commission’s in-house science service—for more than 20 years. Both organizations play key roles in bridging the gaps between science and policy, in the European Union and worldwide.  The IIASA and JRC research teams frequently collaborate to address questions that underlie policy deliberations, bringing their complementary expertise and approaches to such societally critical issues as land use, water, air pollution, energy, and climate.

In June 2014, a delegation from the JRC visited IIASA and agreed to enhance collaboration between the two organizations. As part of this endeavor, the JRC-IIASA summer school invites early- to mid-career policy officers and scientists from across the EU, whose work is relevant to energy policy and its links to climate and air quality, to explore ways to strengthen the links between science and policy.

Focus and Structure of the Summer School

Once the school was opened in a formal address by Director General and CEO of IIASA, Professor Dr. Pavel Kabat and Director-General of the JRC, Professor Dr. Vladimír Šucha, participants had the benefit of hearing the thoughts of speakers working at the forefront of the science-policy interface.

The panel discussion covered some of the most pressing issues facing us today:

The main aim of the school was for scientists and policy makers to learn together how to better use evidence for policy making. Following the high-level panel discussion on the gaps in energy policy, participants actively engaged in different masterclasses to learn different skills, namely the provision of evidence in a policy context; using uncertainty; effective communication; modelling; random assignment to test policy ideas; anticipatory foresight; serious games to simulate policy scenarios; big data; and the pros and cons of working at the science-policy interface. Participants also had to develop, in a short time, a proposal on how an energy issue was to be addressed from both the science and policy perspectives.

IIASA and the JRC play key roles in bridging the gaps between science and policy in the European Union and worldwide. They have been have been working together for more than 20 years. 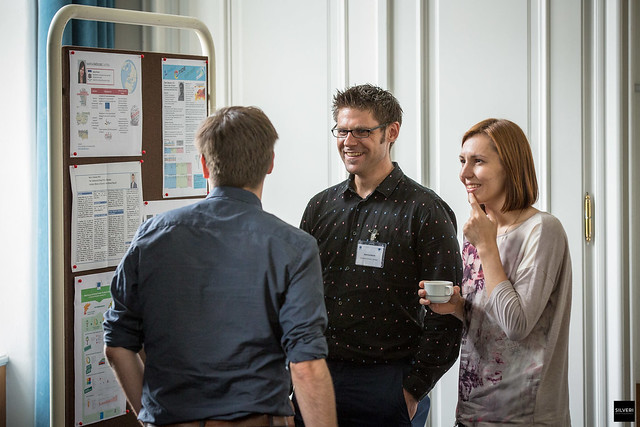 Lecture:“Why Should Scientists Work with Policymakers and Why Should Policymakers Care?”by Dr. E. William Colglazier (Visiting Scientist, AAAS Center for Science Diplomacy and Former Science & Technology Advisor to the Secretary of State)

Abstract: The motivation of scientists to advise on important policy issues often begins with the idealistic goal to make the world a better place and to solve some of the most pressing problems facing humanity. IIASA has made, and will continue to make, significant contributions in this regard. My talk will convey what I have learned about science informing policymaking at the U.S. National Academy of Sciences and the U.S. Department of State. What scientists can usefully do in my view is to be clear about what science can say from current scientific knowledge with levels of confidence, what science cannot say because of scientific uncertainties, what value judgments have been made, and what is the supporting rationale and evidence for the advice. To capitalize on what science can contribute to public policy, what policy makers can do is to support development of a country’s “science advisory ecosystem” because science and technology are moving incredibly fast, creating new opportunities and challenges for societies. The United Nations will adopt this month aspirational Sustainable Development Goals to guide the world for the next 15 years. I will focus on several goals, including the one on energy, to illustrate some of the current challenges of providing advice to policymakers.

About Dr. E. William Colglazier: Dr. E. William Colglazier is Visiting Scientist and Senior Scholar in the Center for Science Diplomacy at the American Association for Advancement of Science (AAAS) and works primarily to support science diplomacy and international collaboration and cooperation in science and technology. He served as the fourth Science and Technology Adviser to the Secretary of State from 2011 to 2014. His role was to provide scientific and technical expertise and advice in support of the development and implementation of U.S. foreign policy. From 1994 to 2011, he served as Executive Officer of the National Academy of Sciences (NAS) and the National Research Council (NRC) where he helped to oversee the studies that provide independent, objective scientific advice on public policy issues. He has served as a vital advisor to IIASA on science policy and science diplomacy issues, both at the NAS (which serves as IIASA’s NMO) and the State Department, as well as in his present position at AAAS.

Examples of the economic, social and academic impacts of IIASA research

Examples of the impact of IIASA's research on policy and government

Living in two different cultures: Scientists and policymakers come together for evidence-based policy