The 5th World Congress of the Game Theory Society was held at Maastricht University, Maastricht, the Netherlands, from 24 to 28 July, 2016.

In session devoted to repeated games, Artem Baklanov presented results connected to Nash equilibrium in infinitely repeated bimatrix games where payoffs are determined by reactive strategies; players’ payoff functions are defined as players’ benefits averaged over game rounds. Reactive strategies are stochastic 1-memory strategies such that a probability of players’ actions depends only on the opponent’s preceding move. 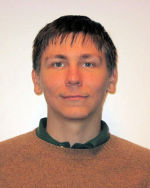