The new RESTORE+ project brings together ten international partners to develop policy-oriented solutions for tropical forest restoration in Indonesia, Brazil, and the Congo.

In order to limit climate change, protect the environment, and provide food for a growing world population, sustainable land use is critical. A new project launched this week at IIASA, RESTORE+, takes aim at the issue in Brazil and Indonesia, two IIASA member countries where the issue of land-use change is of critical policy importance.

Both Brazil and Indonesia are interested in preserving biodiversity and in restoring degraded and marginal land. Degraded land refers to land that has lost its natural productivity due to human-caused processes, for example deforestation. Marginal land refers to land with only limited potential for agriculture or other economic activities.

The project will also extend to the Congo basin, encompassing all three major tropical forests in the world.

“Assessing restoration potential of tropical degraded areas is a major two-fold challenge at the moment. Degraded areas have yet to be identified and agreed upon. Moreover, we need more knowledge on the implication of restoring these areas, not just from the environmental perspective but also what it means to the surrounding people, the Food-Land-Energy Nexus, or the broader economy,” says IIASA Ecosystems Services and Management Program Deputy Director Florian Kraxner, who leads the project.

The project aims to produce both the data and the analysis that policymakers need to design effective policies for sustainable land use. It will include citizen-science based tools and analyses, as well as adapting IIASA models for use on a regional and national level.

”People, including policymakers, have realized the extent and magnitude of land degradation. Restoration is not an option but a must. Implanting forest and landscape restoration into green growth planning is the way to go; it can improve livelihoods while restoring the environment. However, evidence is scarce. We hope this project systematically delivers lessons learned and evidence,” says World Agroforesty Centre (ICRAF) Indonesia Country Coordinator Sonya Dewi, who leads the project activities in Indonesia.

"Recently, during the COP21, Brazil announced ambitious GHG emissions reduction objectives, which include forest restoration targets. The RESTORE+ Project responds directly to Brazil’s policymakers’ needs on land-use planning in relation to degraded lands, and their potential for either agricultural expansion or forest restoration," says Fernando Ramos, a senior researcher at Brazil’s National Space Research Agency (INPE), who leads the project activities in Brazil.

IIASA research has been vital in providing policy advice on land-use change, deforestation, and climate targets—for example, the institute’s researchers provided Brazil with the analysis that underlies the country’s proposed contribution under the Paris Agreement on climate change.

The RESTORE+ project will also build upon work started as part of the Reducing Emissions from Deforestation and Forest Degradation Policy Assessment Center (REDD-PAC). It is funded by the German International Climate Initiative (IKI), and will run from 2017 to 2022. 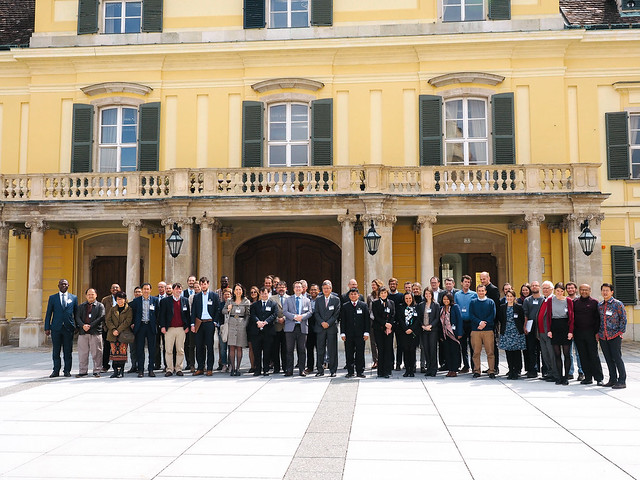 Addressing Landscape Restoration on Degraded Land in Indonesia and Brazil

Kickoff Workshop of the RESTORE+Project