A new IIASA study shows how improving communication and involvement could bring consensus solutions for the embattled Rio Grande/Bravo, which is shared between the USA and Mexico.

The Rio Grande (called Rio Bravo in Mexico) is the lifeline to an expansive desert in the southwest USA and northern Mexico. From Colorado to the Gulf of Mexico, over 3000 km, people depend on the river to quench their thirst and irrigate their crops.  The river also forms the boundary between the USA and Mexico for 2034 km.

Yet as the river flows from the US, along the border, and into Mexico, it brings with it conflicts and challenges. The water level in the river is declining as use exceeds supply—an unsustainable situation. Water demand is rising as the population in the region grows, and corresponding economic growth drives continued development. At the same time, water pollution imperils and stresses the delicate ecosystems supported by the river. Ecosystems are often the last to be considered when water levels are low. Moreover, climate change is expected to lower water levels even further, exacerbating the problems.

Water allocation between the two countries is governed by the 1944 Treaty between the United States of America and the United Mexican States relating to the utilization of the waters of the Colorado and Tijuana Rivers, and of the Rio Grande. The treaty was made at a time when the water resources were plentiful in relation to the population, and the environment was not yet something that policymakers considered at all. The new study suggests that in order to preserve the river for the future, the involved parties can take advantage of an existing binational mechanism that allows flexibility to adapt the treaty without changing its structure. The study elaborates on four policy recommendations on how to do this.

Everyone wants to preserve their water supply, even when there is not enough water,” explains Luzma Fabiola Nava, a postdoctoral fellow in the IIASA water program and the author of the new study published in the journal Water. “The water supply isn’t enough anymore to meet the increasing demands. If we don’t allow for flexibility in the treaty, all these problems are going to get worse.”

Consensus solutions for an international quandary

Nava, a native of Mexico who did her PhD in international studies in Canada, made an extensive analysis of documents and case studies related to the Rio Grande/Bravo water management practices and policies. She conducted two rounds of fieldwork and 77 interviews with people across the Rio Grande/Bravo basin, asking them about their perceptions and interests related to the river.

“The interviewees included water managers in Colorado; pecan farmers, water engineers and managers, researchers, citizens, and environmental groups in New Mexico and Texas; and water managers, members of the academia, and environmental groups in Mexico: basically anyone who relies on the river or cares about it. We wanted to cast as wide a net as possible because these are the people who know the river—who better than them to talk about the existing problems and the potential solutions,” says Nava.

Based on the perspectives and interests gathered through the interviews and analysis, Nava and colleagues proposed four policy recommendations that could help strengthen water resources management in the region:

IIASA Water Program Director Simon Langan says that the Nava’s work confirms the increasing importance of global drivers such climate change, population growth, and ecosystem health, at the regional level. He says, “This study adds to and complements the growing global recognition of the importance of water and the potential for increasing conflict where increasing demand for water exceeds supply. Nowhere is this more important in significant transboundary river basins where there is an urgent need to recognize and develop wider participation aimed at building consensus on solutions for future water management.” 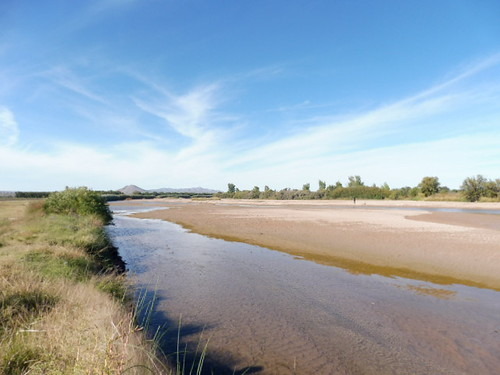