Egypt became a member of IIASA in 2003, and the Academy of Scientific Research and Technology (ASRT) is Egypt’s National Member Organization.

Egypt became a member of IIASA in 2003 through the Academy of Scientific Research and Technology.

Since 2010,research collaborations between IIASA and Egypt have involved 13 Egyptian organizations and led to 30 scientific publications in areas ranging from demography to renewable energy. Joint studies focus on the complex global systems that affect Egypt, its economy, environment, and people.

Research topics include analyzing the challenges and opportunities of developing large-scale renewable energy infrastructure in Egypt and the surrounding region modeling agriculture and water sustainability, and projecting Egypt’s future population. Underpinning the joint work is systems analysis—one of the few research tools with the breadth and depth to explore these complex problems across multiple sectors, countries, and timeframes.

Moreover, the next generation of system analysts are profiting from Egyptian involvement in IIASA capacity building activities. This mutually beneficial relationship involve scientific exchange, with 45 Egyptians participating in IIASA events and almost 20 visits from Egyptian researchers, advisors, and diplomats to IIASA, and by IIASA researchers to events and institutions in Egypt.

The updated Aging Demographic Data Sheet comprehensively presents new measures of aging, developed at IIASA, for all countries in the world and world regions.  More

Data on the educational attainment of the population of some 200 countries (and regions) are now available in the Version 2.0 of the Human Capital Data Explorer.  More 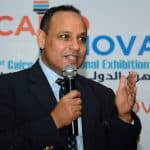 15 years of Egypt membership at IIASA

INFOSHEET ON IIASA ACTIVITIES WITH EGYPT