The People's Republic of China became a member of IIASA in 2002, and the National Natural Science Foundation of China (NSFC) is China’s National Member Organization.

Research collaborations between IIASA and the People’s Republic of China (China) have been highly productive since China became a member country of IIASA in 2002 through the National Natural Science Foundation of China (NSFC).

Since 2010, research collaborations between IIASA and China have focused on reducing greenhouse gas emissions, sustainable agriculture, water resources, disaster preparedness, demography, and the transition to a sustainable energy system in China.

New research on China suggests that declining birth rates and an aging population might not hinder future prosperity when associated with better education of the young.  More

Hydropower has massive potential as a source of clean electricity, and the Indus basin can be a key player in fulfilling long-term energy storage demands across Africa, Asia, Europe, and the Middle East. IIASA researchers explored the role the Indus basin could play to support global sustainable development.  More

Adapting to droughts in South Africa 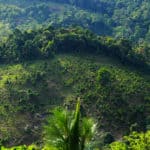 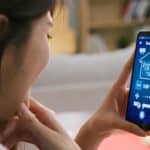 Cost effective solutions to manage nutrient pollution in the Yangtze