The Russian Academy of Sciences (RAS) is the organization representing the Russian Federation’s membership of IIASA.

The Russian Federation is one of the initiating founding member countries of IIASA. Since its creation in 1972 with the idea of the leaderships of the USSR and the USA to use scientific cooperation as a “bridge” for building relations between East and West, IIASA became a unique place where scientists from Russia and other parts of the world could work together on topical global problems.

The updated Aging Demographic Data Sheet comprehensively presents new measures of aging, developed at IIASA, for all countries in the world and world regions.  More

A roadmap to make the land sector carbon neutral by 2040

Land is critical to human livelihoods and wellbeing, while actions related to land use also play an important role in the climate system. IIASA researchers contributed to the development of a new roadmap outlining actions on deforestation, restoration, and carbon cuts that could lead to the land sector becoming carbon neutral by 2040 and a net carbon sink by 2050.  More

Data on the educational attainment of the population of some 200 countries (and regions) are now available in the Version 2.0 of the Human Capital Data Explorer.  More 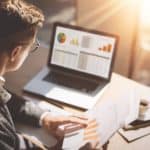 Serguei Kaniovski from the Austrian Institute of Economic Research writes about a recent study in which he and colleagues from IIASA revisited a classic growth model.  More

Building bridges between Europe and Asia

WU Vienna MSc student and IIASA Youth Forum participant Dimitry Erokhin reports on his visit to the “Connecting Europe and Asia” conference and why Eurasian cooperation is so important.  More

The Russian Academy of Sciences (RAS)

Chair of the Council, Russian Foundation for Basic Research

The Russian Academy of Sciences (RAS)