Science and technology advice is a vital element for foreign ministries

As the world becomes increasingly globalized and interconnected, the need is greater than ever for science to become a more important component of diplomacy and foreign relations.

Science can play a vital role in furthering a country’s objectives on the international stage, said speakers yesterday at the International Institute for Applied Systems Analysis (IIASA). The meeting, co-organized by IIASA, the Fletcher School of Law and Diplomacy at Tufts University, and the International Network of Government Science Advice, brought together diplomats and scientists from 21 nations for the first international dialogue on science and technology advice to foreign ministries.

Speakers including the science and technology advisers to foreign ministers for five countries (see photo), Director General and CEO of IIASA Professor Dr. Pavel Kabat, and Professor of Practice in Science Diplomacy Paul Berkman of the Fletcher School showed multiple examples of how a country’s objectives can be furthered through diplomats and scientists working together, for example:

During the meeting participants shared experiences and best practices in providing scientific advice to ministers from strategic, structural, and tactical perspectives; as well as identifying practical issues, such as how best to engage with scientific institutions, facilitate scientific advice in embassies, and equip diplomats with scientific skills and knowledge. Next steps include the development of a one-week course for science diplomacy in relation to achieving the Sustainable Development Goals.

About IIASA
The International Institute for Applied Systems Analysis (IIASA) is an international scientific institute that conducts research into the critical issues of global environmental, economic, technological, and social change that we face in the twenty-first century. Our findings provide valuable options to policymakers to shape the future of our changing world. IIASA is independent and funded by prestigious research funding agencies in Africa, the Americas, Asia, Europe, and Oceania.

About INGSA
The International Network of Government Science Advice (INGSA) is a collaborative platform for policy exchange, capacity building and research across diverse global science advisory organizations and national systems. Through workshops, conferences and a growing catalogue of tools and guidance, the network aims to enhance the global science-policy interface to improve the potential for evidence-informed policy formation at both national and transnational levels

INGSA operates under the auspices of the International Council for Science, which acts as trustee of INGSA funds and hosts its governance committee. INGSA’s secretariat is based in the Office of the Prime Minister’s Chief Science Advisor in New Zealand

About The Fletcher School
The Fletcher School of Law and Diplomacy at Tufts University (The Fletcher School)—the first exclusively graduate school of international affairs in the United States—has prepared the world’s leaders to tackle complex global challenges since 1933. The School’s alumni represent the highest levels of leadership in the world, including hundreds of sitting ambassadors, respected voices from distinguished media outlets and institutions, heads of global non-profit organizations, and executive leadership of some of the world’s largest for-profit companies. The Fletcher School offers a collaborative, flexible and interdisciplinary approach to the study of international affairs, featuring a distinguished faculty and diverse student body representing more than half the world’s countries. 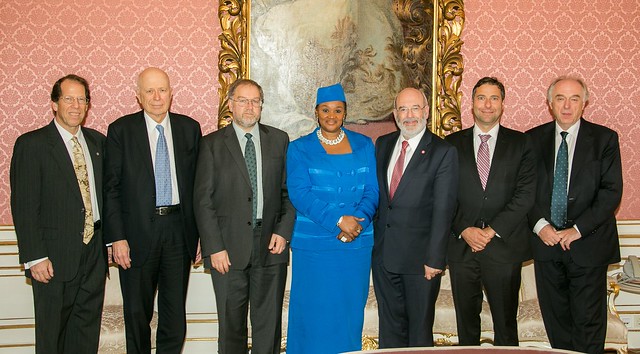 Opinion: Science diplomacy for the age of globalization

Science Diplomacy: The Past as Prologue