Le Dung, Ambassador of the Socialist Republic of Vietnam to the Federal Republic of Austria and Republic of Slovenia and Permanent Representative to United Nations and other International Organizations in Vienna visited IIASA on 18 October 2019.

During his visit, Le Dung met with IIASA Director General and Chief Executive Officer, Albert van Jaarsveld and with the IIASA External Relations Department, to learn more about the IIASA research agenda and the institute's current and future research collaborations with Vitenam.

Vietnam joined IIASA in 2013 with the Vietnam Academy of Science and Technology (VAST) representing Vietnam’s scholarly community as the IIASA National Member Organization.

The Ambassador was accompanied during the visit by Tran Viet Phuong, Third Secretary and Trade Representative. 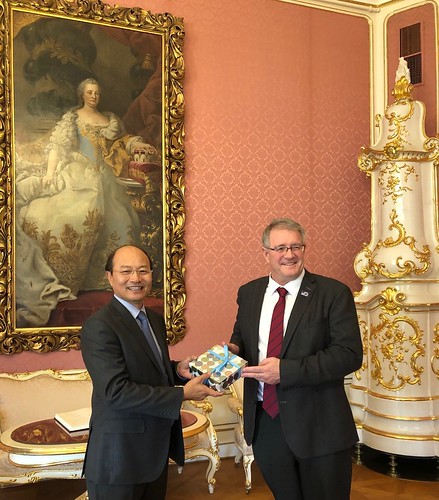