During the visit Kabat met with key contacts at the Mexican National Council for Science and Technology (CONACYT) and the National Institute of Statistics and Geography (INEGI), who are the joint Mexican National Member Organizations to IIASA. He also met with Mexican government officials and key members of Mexico's academia.

The official visit was aimed to further develop IIASA’s productive relationship with Mexico through high-level meetings, organized to identify mutually beneficial activities, which will strengthen cooperation and enhance Mexican-IIASA collaborations further. Kabat, also presented on the strategic IIASA agenda and the collaborations between IIASA and Mexico, and IIASA's role and contribution to global science, to delegations at the National Institute of Electricity and Clean Energies (INEEL) and El Colegio Mexico. Other high-level meetings included: 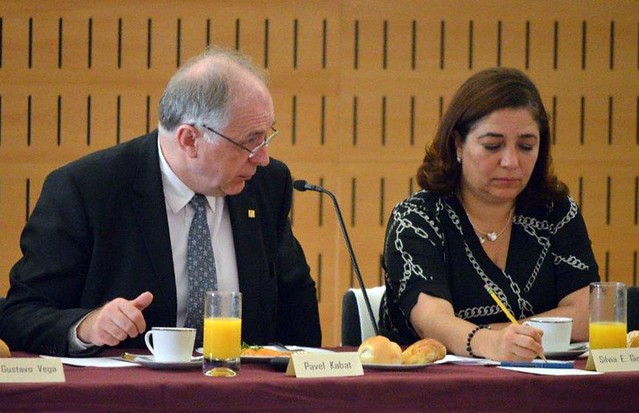 About IIASA and Mexico

Underpinning the joint work is systems analysis—one of the few research tools with the breadth and depth to explore these complex problems across multiple sectors, countries, and timeframes. Moreover, the next generation of systems analysts are profiting from Mexican involvement in IIASA capacity building activities, including participating in the Luis Donaldo Colosio Fellowship and the IIASA-CONACYT Postdoctoral Fellowship. This mutually beneficial relationship involves scientific exchange, with 40 Mexican researchers, advisors, and diplomats visiting IIASA or participating in IIASA events, and over 50 IIASA researchers participating in events or visiting institutions in Mexico.

Towards old-age pensions for everyone in Mexico