From 23-25 November 2016 a delegation of young scientists from universities of the Russian Federation visited IIASA.

The visit was jointly organized by IIASA, the Russian Academy of Sciences and the Ministry of Education and Science of the Russian Federation, with the aim of  increasing the number of young Russian scientists involved in IIASA activities.

The delegation, which was formed of scientists from universities across the Russian Federation, was introduced to applied systems analysis, IIASA, its history, current research agenda, systems methods and science-policy activities.

During the visit, the participants had a chance to discuss their planned research with selected IIASA scientists and discuss further areas of possible mutual collaboration. 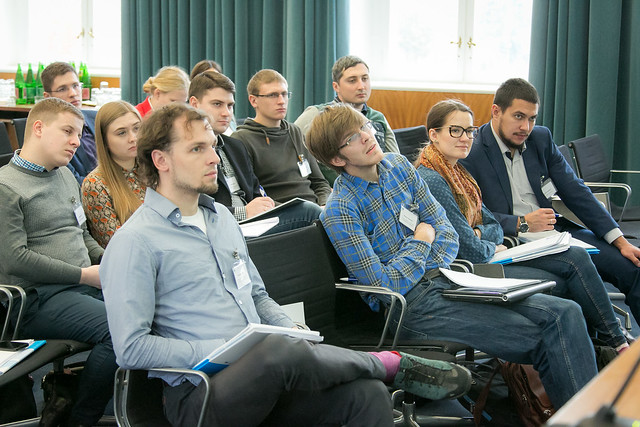 Knowledge transfer between IIASA and Russia is also facilitated through multiple exchanges with Russian scientists who spend periods working in IIASA’s international and interdisciplinary research environment. The scientific output from these numerous formal and informal activities is highly productive, with over 430 joint publications since 2008.