A public event to address and debate geopolitical complexities and tensions in many regions of the world, migration, refugees, education, and other issues among academia, politics, and governmental agencies.

In 2015, major international fora, among them the UN General Assembly in New York in September and the UN Conference of Parties (COP) in Paris in December, adopted the major global agenda for sustainable development and sustainable transitions. In parallel, geopolitical complexities and tensions in many regions of the world, including larger Europe and Euro-Asia, present additional challenges in implementing New York and Paris commitments. In the European Union, this complexity is further exacerbated by the situation concerning migration and refugees. Human capital, access to education, as well as socio-economic, cultural, and religious aspects of our future demographic profile will be the key determining factors, and Europe is one of the leading world regions where interplay among all these factors calls for a simultaneous academic and political debate and solutions. 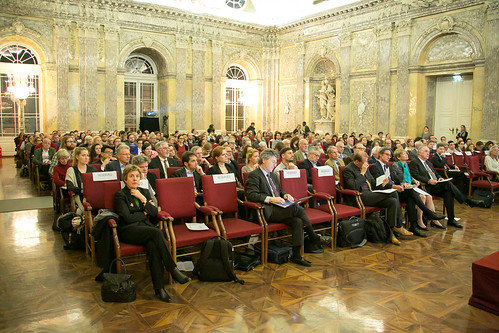 The event took place at the Austrian Academy of Sciences in Vienna,

Who survives? Education decides the future of humanity

by Wolfgang Lutz and Reiner Klingholz.

The World in 2050 project: Second workshop

The causes and consequences of depopulation