Europe Current Evolution - Under the Patronage of H.E. Milos Zeman, President of the Czech Republic

The European continent is currently facing fundamental challenges with respect to its social and economic future, as well as its internal regional and global geopolitical positioning.

It is to this effect that the International Institute for Applied Systems Analysis (IIASA) under the patronage of H.E. Miloš Zeman, President of the Czech Republic and in cooperation with the president’s office are organizing a high level one day strategic conference entitled “Europe Current Evolution” at Prague Castle on Wednesday, 24 June 2015.

Both the EU and larger pan European socio-economic, trade, demography, resources , security and sustainability issues, as well as its externalities and global teleconnections, need to be better understood and quantified and the science to policy dialogue around these issues needs to be enhanced.

Approximately thirty distinguished personalities from the policy, academic, and private sector will be in attendance and the program will consist of up to 10 addresses on the conference theme, as well as moderated discussions. IIASA Director General and CEO Professor Dr. Pavel Kabat will open the conference along with Dr Jan Koukal, Fomer Ambassador of the Czech Republic in Austria, and Dr Hynet Kmonicek, Head of Foreign Office, Office of the President of the Czech Republic. There will also be a cultural intermezzo by Gloria Benedick on "Bridging the Divide" between science and the arts.

During his trip to Prague, Kabat also met with Former President Vaclav Klaus where they discussed the potential for future collaborations between IIASA and the Czech Republic, as the Czechoslavak Socialist Republic was a founding member of IIASA when it was established in 1972. 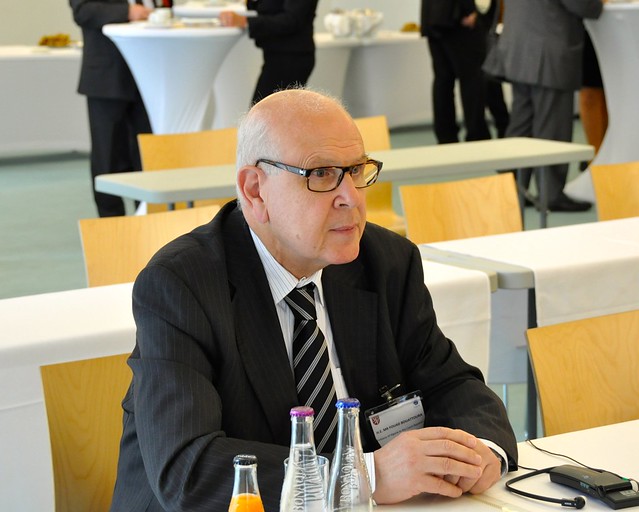