Sabine Fuss works at the Mercator Research Institute on Global Commons and Climate Change in Berlin, Germany, but her first research position was with the IIASA Forestry Program. Below she describes her experiences at IIASA and how they have shaped her path and what she is working on today.

More than a decade ago now, I spent a summer as a YSSP student in Greenhouse Gas Initiative (GGI) at IIASA. At the time I was working in decision theory and particularly uncertainty, which was a topic of interest across programs and the GGI was indeed such an institute-wide collaborative effort linking all major research programs doing climate change related research including population, energy, technology, forestry, as well as land-use changes and agriculture. Coming from an economics faculty, this was the first broader and more intensive interdisciplinary work experience of my career and the reason why I returned to IIASA the year after, when I had completed my PhD in economics at Maastricht University/UNU-MERIT in the Netherlands.

From 2007 until mid-2013, I first worked at the IIASA Forestry Program, later merged with Land Use Change to become IIASA’s largest research program – Ecosystems Services and Management (ESM). Economic modeling continued to be my main occupation and I benefited from IIASA mainly in two ways: on the one hand in terms of the vast interdisciplinary in-house expertise and IIASA’s large external network, on the other hand in terms of the opportunity to apply my knowledge to topics that I deeply care about – climate change mitigation and sustainable development, including the protection of ecosystems services. Through involvement in inter- and transdisciplinary projects, I was given the chance to develop new skills and make my work policy-relevant. I had the honor of presenting work on food security under climate change with my ESM colleagues at IIASA’s 40th Anniversary Conference “Worlds within reach: from science to policy” in 2012, which almost marked the end of my last year at IIASA.

To this day, I collaborate a lot with my former IIASA colleagues and meet them back in bigger assessment activities such as the IPCC or in joint projects such as the Global Carbon Project or RESTORE+. I also still have contact with some of my fellow 2006 YSSPers!

My work at the Mercator Research Institute on Global Commons and Climate Change (MCC) continues to focus on the response to the threat of global climate change and opportunities that arise at the nexus of climate policy and sustainable development. In a recent study with colleagues at the MCC and IIASA we explore, for example, how the revenues from abolishing fossil fuel subsidies could be used to finance current gaps in basic infrastructure such as access to clean water and sanitation, electricity and telecommunication. Another strand of work including former IIASA colleagues concerns the role of negative emissions (also called Carbon Dioxide Removal) in ambitious stabilization targets and how progress towards these targets could be tracked.

The Paris Agreement in 2015 has presented the scientific community with a formidable challenge of finding pathways to even more ambitious temperature targets - without putting national emission reduction pledges on the table that would live up to achieving them. At the same time, the fact that we have delayed mitigation so much and continued to emit about 40 Gt CO2 from fossil fuels and industry into the atmosphere each year implies that emission reductions will need to be enormous both in terms of rapidity and in terms of magnitude. This requires careful consideration of the impacts on other policy goals, and I hope to further collaborate with IIASA colleagues on these challenges. These are not easy times for science – not only because of looming threats of funding cuts in some countries, but also because of science being perceived as part of the establishment and potentially elitist. This needs a careful approach, especially in the area of climate change where precious little time is left to get our act together. 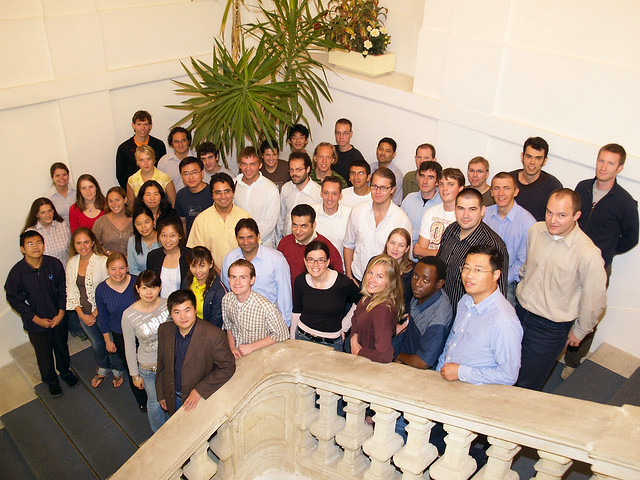