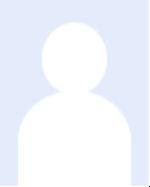 Dr. Yusuke Satoh has been a research scholar with IIASA's Water (WAT) Program since January 2015. He participates in the Water Future and Solutions Initiative (WFaS) and a recently launched IIASA Nexus project, as a hydrologist. Employing hydrological models and their databases, he develops and improves methods for assessing the water availability and demand balance, and the impact of climate and socio-economic change at various spatial scales. Within the WFaS, he has worked on an assessment of the Asian water future as a consultant to the Asian Development Bank and contributed to their Asian Water Development Outlook 2016. In the Nexus project, he works on the development of the Community Water Model.

Dr. Satoh completed his BS degree at the civil engineering department of the University of Hokkaido, where he worked on an assessment of virtual water trade with an IO analysis. He received his MS degree from the University of Tokyo, where he worked on an impact assessment of land use change on regional scale precipitation. Dr. Satoh graduated from the University of Tokyo, Japan, in 2014, and holds a PhD in Civil Engineering (Hydrology). His PhD research investigated the impact of the water resource management on projected future changes in drought on a global scale. He is acquainted with hydrological modeling and manipulating large datasets as a result of his experience with e.g. the Inter-Sectoral Impact Model Intercomparison Project (ISI-MIP) in which he takes part using the MATSIRO land surface model. Following completion ofhis doctoral degree, he worked for six months as postdoctoral researcher at the Atmosphere and Ocean Research Institute in Japan.